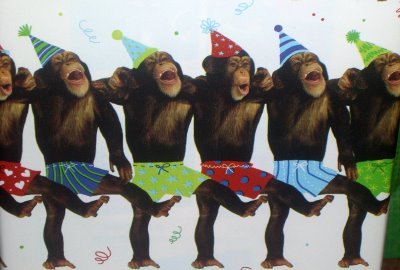 The GMD is another dominance game very different from the individual monkey dance.  In this ritual, members of the group compete for status and to show their loyalty to the group by showing how vicious they can be to someone perceived as an “outsider”.  It is purely a contest to prove who is more a part of the group by who can do the most violence to the outsider.

Group psychology and the power of mobs plays a huge part in this, making normal decent people behave in a way they would never have imagined, as they get caught up in the “feeding frenzy”.  The victim is completely inconsequential.  Once it starts, the victim is literal a non-person.  Any pleading, fighting, passivity will be interpreted by the group as proof of “otherness” and further justification to escalate.  Sometimes even the death of the outsider doesn’t stop the dance.

The receiving end of the GMD is an ugly situation.  There is a lower level GMD, where an “outsider” is seen to be intruding into an “in-house” dispute.  This can sometimes explain a victim of domestic abuse turning on police officer called to the scene, or an audience turning on a stranger trying to break up a fight.  This level is rarely as vicious as the GMD, the group wants the outside out.

For more information on this I hihghly recommend the book

Meditation on Violence by Rory Miller