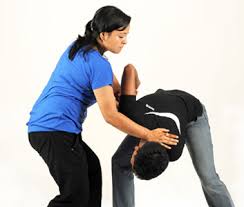 In a fight or self defense situation attitude is everything, technique or skill sets are beneficial and will reduce your risk of attack and injury, but the right attitude will determine whether you survive or not and how you deal with it emotionally afterwards.

Let me stress this now.  Unless you are psychotic you will not walk away from a violent altercation unscathed, you may be uninjured physically but there is a psychological damage anytime a person faces violence.  Violence is a horrible traumatic event that can stay with you long after your physical injuries have healed.   Think Post Traumatic Stress Disorder.

Once again use your tactical training, street awareness and common sense to avoid trouble whenever possible.  But if you are forced to face violence and defend yourself or others, your attitude is of vital importance.  Think Rocky Balboa or John McClane in the Die Hard movies.  That never-give-up attitude, no matter what.  Once you’re in a fight you must keep fighting until you’re safe or the last breath has left your body.  Attitude is everything, it’s why you hear of grandmothers fighting off would be muggers with their purse, and martial arts trainees being attacked.  Some of this attitude comes out of years of life experience but can also be developed in the dojo (training hall).  There is an old karate saying, “The more blood, sweat and tears shed in the dojo, the less you shed on the street”.

Determine today to make the decision (and train it in the dojo) to do whatever it takes to protect yourself.  You may be hurt, you may even be bleeding, but you must keep on fighting until the fight is over.  You will know it’s over when you are safe or have escaped the situation.  A part of the right attitude to keep fighting no matter what means if at first you don’t succeed, try and try again.  If a kick doesn’t work, try punching, if punching doesn’t work try elbows or knees, or biting, clawing or poking.  Keep fighting until your safe, your attacker is not a threat or backs off to find an easier victim.

Don’t believe your attacker, just because they say they won’t hurt you, doesn’t make it a fact. Stay alert and aware of all possible threats.  A few years ago a group of nurses sharing a house together, woke up to find an armed intruder in their home.  The burglar brought them all together in one bedroom, assuring them he would not hurt them that he only wanted money and jewellery  to feed his drug habit. One at a time he took each nurse to their room leaving the other scared and alone.  One of the nurses urged her friends to overpower the intruder when he returned to the room.  To scared to work together they argued if they did what he wanted he would leave them alone.  Hoping the intruder had not counted his victims before locking the door, she hid under the bed as each of her friends was led from the room.  She only climbed out the next morning when an alarm clock was not turned off, to find her friends and colleagues, stabbed to death.  She lived because she refused to believe her attacker.

Another reason not to believe any attacker is if you appear too passive the crime may escalate.  Quite often minor crimes become combination crimes, a mugger facing no resistance on demanding a purse decides to rape or assault a victim.

Preparation for an encounter is a necessity.  A self defense course is a good start, regular martial arts training is even better. This preparation is similar to wearing a seat belt when you get in a car.  When you strap yourself in, you are not saying “today I expect to have a car accident”.  But you are prepared in case somebody else driving has a bad day.  You must develop the same heightened awareness and casualness about self defence.  Being aware of your surroundings, potential threats and your own actions can all lead to better threat management.  All this plus regular training can insure you don’t become a victim.

Research has shown that forceful physical and verbal resistance strategies (e.g., biting, hitting, fighting back, yelling, screaming, forcefully fleeing or using a weapon, martial arts or other physical self-defense techniques) are effective in thwarting assaults on women. Moreover, these strategies do not appear to significantly increase the risk of serious injury.

Conversely, non-forceful strategies (e.g., pleading, crying, reasoning) and not resisting (e.g., freezing) are generally not effective. Some evidence suggests that passive strategies can even increase the risk of injury.

Fighting back also has mental health benefits. According to Judith Herman, M.D., author of “Trauma & Recovery,” “The women who fought to the best of their abilities were not only more likely to be successful in thwarting the rape attempt, but less likely to suffer severe distress symptoms even if their efforts ultimately failed. By contrast, women who submitted without a struggle were more likely to be highly self critical and depressed in the aftermath.”

I’m not suggesting that you should always fight back in a sexual assault. There’s no substitute for good judgment in the moment. Only you can assess all the variables. What’s most important is remembering that you possess the option to fight, and the readiness of heart and presence of mind to back it up. This means becoming physically literate in the strategies of combat.

The 1st rule of street awareness is to trust your instincts, 90% of people in prison probably fit the stereotype.  A gut feeling or instinct could probable be explained by your senses (RAS) picking up something unconsciously.  Ignoring your instincts to be fair to a stranger or potential attacker is being unfair to yourself.  Better to keep yourself safe then putting yourself in harm’s way so as not to offend a stranger passing by on the street.  Crossing the street and risking offending someone you don’t like the look of, is far better than being attacked or killed by someone you don’t like the look of.  Remember criminals won’t always look the part, pick pockets could be dressed in 3 piece suits, or that child running up and down the train/luas/bus, or the little old lady who is a professional shop lifter.

When outside of the house, your awareness must act like a radar, constantly scanning for danger.  The American army uses a colour coding system, think traffic lights, to assess the threat level.  Green means no danger (sitting at home watching TV), orange means being aware  there is a potential for danger but none has been identified (riding a bus, walking through town, being in a bar), red means imminent danger, you are under threat and in danger.  Good common sense and tactical training, should insure you always stay in the green, and you will take decisive action if you enter a level orange.

The interview is basically a precursor to a fight.  It’s the set up.  From a self defence view point, you should never engage in “the interview”.  Avoiding the interview is the only sure fire way to avoid a fight.   Some variations of the interview, allow you to avoid a fight, some variations mean no matter what answer you give a fight can happen.  An example of the first kind, could be a potential mugger/attacker, asking you do you know the time?  A simple confident no and a refusal to be stopped, could avoid trouble.  This response also works with someone asking for a light.  The act of looking at your watch or reaching for a cigarette lighter, can be enough of a distraction for an attacker to launch a surprise blitz attack.

Other forms of the interview, means no matter what response you give, a fight is unavoidable.  Failing to engage is the only way to avoid trouble, act like you never heard the question.  An example of this could be, are you looking at my girlfriend?  Answer yes and your attacker can act offended and defensive that you where staring at his girlfriend and start a fight.  Answer no and he can claim you are calling his girlfriend ugly and start a fight.  Remember in a interview your attacker holds all the cards, no matter what your response if he wants a fight he will start one.

Interviews come in many different ways but they are all designed to force you into a confrontation or to distract you from another threat.  As a friend of mine experienced abroad, a young child kicked a football at him as he walked down the street, in the confusion that followed another child stole his wallet and ran away.  That person pressing against you in the queue, to get on the bus or train may in fact be robbing you, leaving you stranded as the doors close, watching your mugger casually walk away.