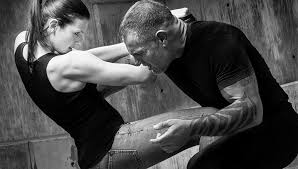 Self defence training must give each student the tools and freedom to solve their problems in their own way.

To understand and defend yourself correctly on the street you must understand the difference between social and asocial violence, and the tactics that must be used to deal with each.

Social violence = the monkey dance, the interview, sparring/dueling, sorting it outside, have a knockabout. Social violence is violence used for social status, dominance or to teach a lesson. Examples Dave’s mad he took on that huge bouncer last Friday, or how dare he do that, I’ll teach him.

All predatory animals have social violence or some sort of play fighting. Think dogs, foxes, lions or tigers wrestling and playing. This is how they learn to fight, hunt and display dominance. It is never lethal Humans social violence is designed not to be lethal and when it is it is usually from falling and banging their head. With social violence it is for dominance/status or to teach a lesson, ie punching someone to teach them to show you respect. The mindset for this has to be justified. You will subconsciously be hitting to communicate, not to eliminate,

Asocial violence = the group monkey dance, violent crime, a predator. If you go to kill an insect do you need to get worked up or get angry? Do you need to convince yourself that this is a bad insect? Do you need to justify it like its justice? Do you give the insect a chance and fight it or just kill it. This is asocial violence. This can be lethal. Experienced violent crimals have gotten past this and treat people like animals, which gives them a huge advantage. Most people defending themselves cannot. Unless you train to flip the switch.

Bad guys don’t fight, they’re not in this to lose. They use surprise or bitz attacks. Martial arts work well in social violence where you have time and choices. Asocial violence comes as a surprise and you will be surprised, don’t kid yourself that you wont be surprised.

Self defence is not a physical skill its an emotional skill, it is all about how fast you can recover when injured or surprised. What to do is almost never the problem. Actually acting or beating the freeze is the issue.